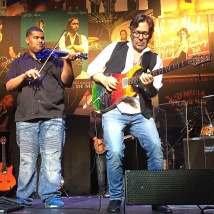 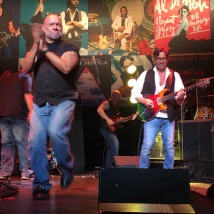 In 1974, a 19 year-old guitar student at Boston’s Berklee College of Music was famously given the break of a life time, making the prestigious music school a mere footnote in his career. That guitarist, of course, was Al Di Meola, and the break was Chick Corea’s offer to join him in one of the world’s top fusion bands, Return to Forever. During his time with RTF, Al and Co. toured extensively and made three extremely influential albums. By the time the group disbanded in 1976, Di Meola was recording his debut album, Land of the Midnight Sun, and embarking on one of the most successful careers a non-rock guitarist has ever had. (Speaking of “non-rock”, it has always been difficult to categorize the sui generis Di Meola. Although he has won countless Best Jazz Guitarist polls, he has never been a “jazz” guitarist. His style incorporates advanced harmonies, but his electric music is probably best described as Latin-rock fusion, while his acoustic music is very heavily Latin, from flamenco to tango.)

On Friday, Di Meola was back in Boston with his current band, playing tunes that spanned most of his solo career. Looking younger than his 63 years (and better, frankly, than he did at 24), Di Meola’s legendary chops remain intact. I’ve seen Al on five other occasions, dating back to 1986, in varying formats: electric bands, acoustic trios, and solo acoustic. On his current tour, he’s splitting time between electric and acoustic sets. (I must admit, I listen to much less fusion than I did in my 20s. But when I had the chance to see Al with my buddy with whom I’d attended my first Al gig in 1986 as teenagers, I could not turn down the opportunity.)

During the first set — with Di Meola on electric — the band was plagued by sound problems. Al was clearly not amused, but hid his frustration with humor, quipping, “You know, this never happens to Pat Metheny.” This was the first time I’ve ever seen an artist forced to stop after the first song in order to fix glitches that should have been handled during sound check. Among the issues were:

After a 15-minute break to remedy things, the band returned, albeit with things only slightly better (they turned off the stage monitors completely, which helped). Nevertheless, the band managed to perform well, despite less than perfect sound.

Highlights in the first electric set were a pair from of 1978’s Casino, “Egyptian Danza” and “Señor Mouse”, with their complex Latin rhythms and evocative melodies. Di Meola has been playing the tricky arrangements to these tunes for so long that he could probably wake up from a dead sleep, go on-stage and not miss a note. At times, he did seem less than inspired when playing his PRS, resorting to some of his trademark licks again and again. Not that the boisterous, mostly male crowd seemed to mind, lustily cheering each solo.

Di Meola is most widely known for his high-gain electric solos, influencing legions of metal shredders since his days with Return to Forever. (In fact, his 1970’s gear of a Les Paul and Marshall half stack was indistinguishable from that of any of the heavy rock bands of the day.) However, his acoustic playing has always been equally virtuosic, and usually more inventive and lyrical. This was certainly the case on Friday, with Al coming to life as he played a 30-minute acoustic set, which included some solo numbers as well as several featuring various band members. (Once again, poor sound threatened to detract/distract from Di Meola’s guitar playing, as his cutaway nylon string guitar was noticeably lacking in high-end. But again, the music overcame it.) His gorgeous solo interpretation of Stanley Myers’ “Cavatina”, AKA the theme from The Deer Hunter, was a high point of the evening. Likewise, the flamenco-fueled fan favorite, “Mediterranean Sundance”, was given a wonderful reading as electric violinist Evan Garr accompanied Al. To be sure, throughout the evening, Garr wowed the audience with his ferocious chops, harmonizing Al’s blazing guitar lines and providing emotional depth with his many solos.

By the time the rest of the band returned to the stage for the final electric set, earlier sound problems were a thing of the past, and they simply killed it. “Flight over Rio”, from Elegant Gypsy, was a master class in fusing the cross-rhythms of traditional Afro-Cuban music with jazz-rock fusion. And it was breathtaking to see longtime Di Meola collaborator Gumbi Ortiz finally unleashed. All night long, he’d been tearing it up with his various implements, hamming it up, and having a great time. (By the way, he proved that one can play even the triangle virtuosically.) But it was on this tune that he finally got the spotlight in an extended percussion solo. A master conguero, Ortiz wowed the audience with his showmanship and technical wizardry. When he came out with his güiro to dance around with Al, the crowd would have elected him president if he’d asked them to.

As the stage’s large hanging backdrop — made up of the covers many of his 25 albums — made clear, Al Di Meola has released a lot of records over a very long career, especially for an artist so difficult to place in a little box. The fact that he continues to tirelessly tour and record says a lot about both the loyalty of his fan base and his own passion for making music. There are a lot of guitarists who have enjoyed long careers, but none have been quite like Al, a sui generis talent if ever there was one.

Any Al D fans out there? Favorite albums or tours you’ve seen? Let me know in the comments. 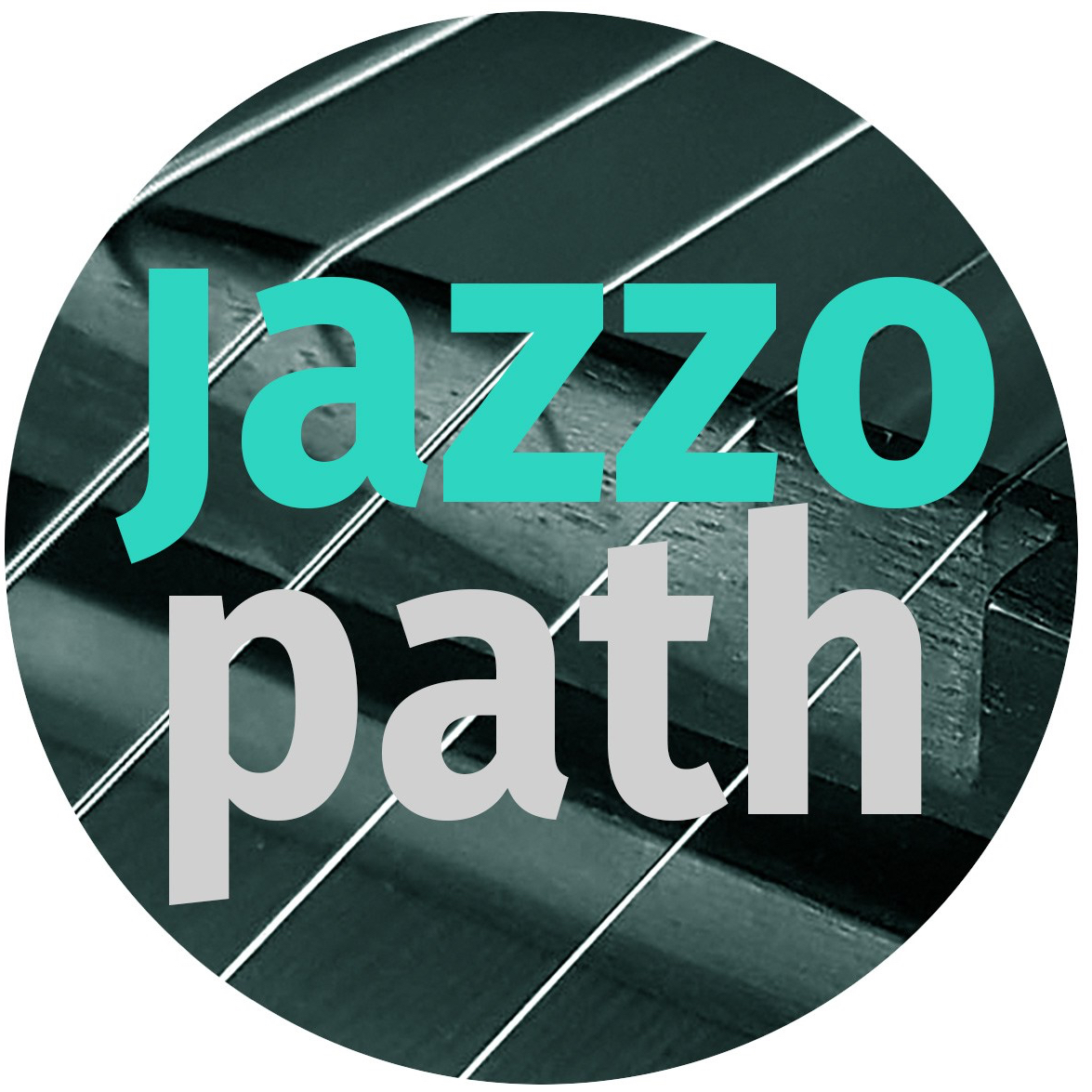