Regarding the Blue Note 1500 & 4000 series, I’ve always wondered which instruments were the most common for the session leaders. In other words, I knew there were lots of tenor sax and organ albums, but just how many and what other instruments would round out a “top 5”? I haven’t seen this data online anywhere, so I decided to do the research myself. I will present my findings in a series of three 5 for Friday posts.

Thus armed with my list of titles, I created a spreadsheet with column headings of Catalog Number, Artist, Title, and Instrument(s). For records like Jimmy Smith’s House Party, it was simple: It’s Jimmy’s record and he’s an organist. But there were some records that required me to make “rules.”

This week’s post is look at the most common instruments for session leaders of the 97 albums in the Blue Note 1500 series. 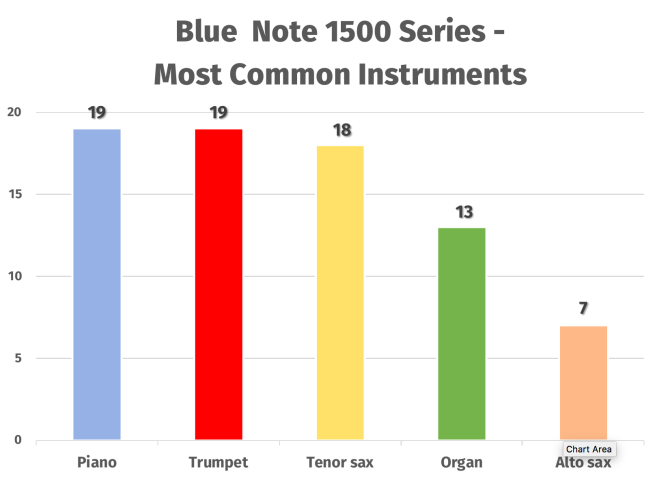